Northern Ireland and Armenia: bordering on —well, what?

Above all else, politicians and peace-builders in Northern Ireland — not two completely overlapping groups— know that people find it hard to change. It is 20 years since the Good Friday agreement and many stumbling blocks to lasting peace and integration still remain. For the most part, Catholic and Protestant children are educated separately. Distrust festers in both the Unionist and Nationalist communities– the local assembly has not met for nearly two years because power must be shared and the elected politicians from the two major parties aren’t prepared to sit down together. It is hard for everyone to forget terrible wrongs– a dad shot at the front door of his home. A bride-to-be killed in bar, or a schoolboy blown to bits at a bus station. Knowing obstacles to change made Neil Jarman and Alex Attwood careful not to be directive in their talks in Yerevan last week. They were in Armenia to share the history of the Peace Process at the invitation of the Caucasus Institute. Could the Northern Ireland experience provide fresh thinking on how Armenia might resolve tension with its neighbors, Turkey and Azerbaijan? 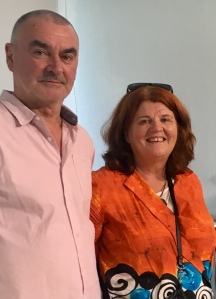 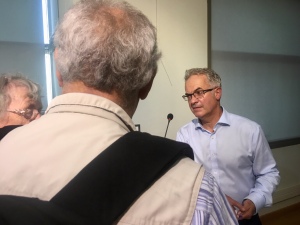 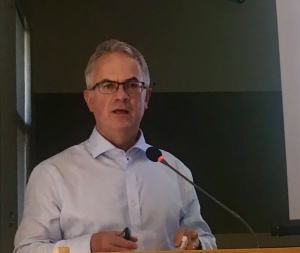 We get everywhere: a little bit of NI in Armenia

Of course in Northern Ireland members of embattled communities live within the same (contentious) state and border. This is not the case here. Huge ethnic population shifts– and terrible violence –100 years ago with Turkey and less than 30 years ago with Azerbaijan mean that Armenia is now 98% homogenous, squeezed between neighbors it does not speak to and will not trust. The fear of invasion and war is real.

The part of Armenia that I live in is close to the border with Nagorno-Karabakh, land that Azerbaijan claims and that Armenia hotly defends as an independent republic– most of the people there are ethnically Armenian.

My part of Armenia-Syunik Marz- has desecrated cemeteries, empty villages and buildings pockmarked by bullets from the 1994 war with the Azeris. Armenians who once lived in Baku now live in houses they swapped with Azeris as two populations abandoned everything they had and fled with their lives. As in Belfast, there are landmarks that will forever be associated with bloody atrocities. Close to where I lived in Belfast, the La Mon Hotel. Where I live in Armenia, the fields close to Nerkin Khndoresk where 4 Armenian shepherds were beheaded by their neighbors.

In Northern Ireland, civil society development probably started with the Peace People. Betty Williams and Mairead Corrigan won a Nobel Peace Prize for their cross-community outreach but it would be another 20 years before a tentative Peace could be agreed– and another Peace Prize won. International support from the US, the EU and the UN urged on the negotiators in 1998. I was involved in neither initiative. A cynical schoolgirl the first time round, I was long safe in London by 1998. My disengagement, to my shame, was not built on fear, pain or loss but rather on a kind of fed-up fatigue–‘what difference will it make anyhow?’

Everyone agreed that with the current occupant of the White House and turmoil in Europe it would be hard for those two global forces to align to help the Caucasus today. Plus Russia has a strategic interest in this region, but cared not about NI. The balance of world powers is complicated. In Armenia, a number of international organizations do offer grants for work that crosses cultures and borders. The applications are few–civil society organizations here don’t want to partner with people in Baku no matter how much money is on the table. I am sure it is the same the other way around.

The people–local, British, Irish and international– involved in the Good Friday agreement focused on what they could agree on, and now what they could not. The goal was to make sure every group with a stake got some of what was most important to them. It stopped the bombing and the shooting and allowed the economy to get a toehold. There are geraniums now outside the Duke of York pub. The Europa Hotel has all its windows. Heavens, there is even an IKEA. Even so, there is still much work still to be done– particularly now Brexit threatens to upset the fragile Armagh apple cart.

Alex Attwood, a nationalist democrat bruised by swings to extremism in Northern Ireland politics, nonetheless continues to show patience and perseverance. His mantras: even when no common ground is apparent, work hard to seek it out. Talk and listen with everyone you can. Prepare yourself so that when an opportunity presents itself to move towards peace and consensus, you are ready to act. Act decisively and show progress quickly. Don’t assume difficult issues will melt away. When you run out of options, don’t be afraid to ask outsiders for help– they can bring perspective and energy the key players may lack. Alex was also particular to credit the role of women– many of them new to politics– to the progress made in NI.

As I say, Alex was honest about setbacks and reverses in Northern Ireland and eager not to be prescriptive here. But his words were moving and galvanizing, at least to this Northern Irish-American in the room. A new energy suffuses Armenia since the VelvetRevolution of the Spring — now, people here do think things can change, at least on the home front. Who knows what may be possible next? I appreciate the irony that I am more involved in civil society development here than I ever was on the place of my birth during all its most difficult years. But know this Armenia: I am no George Mitchell but if you need an outsider I am here, and I will do my best to help. 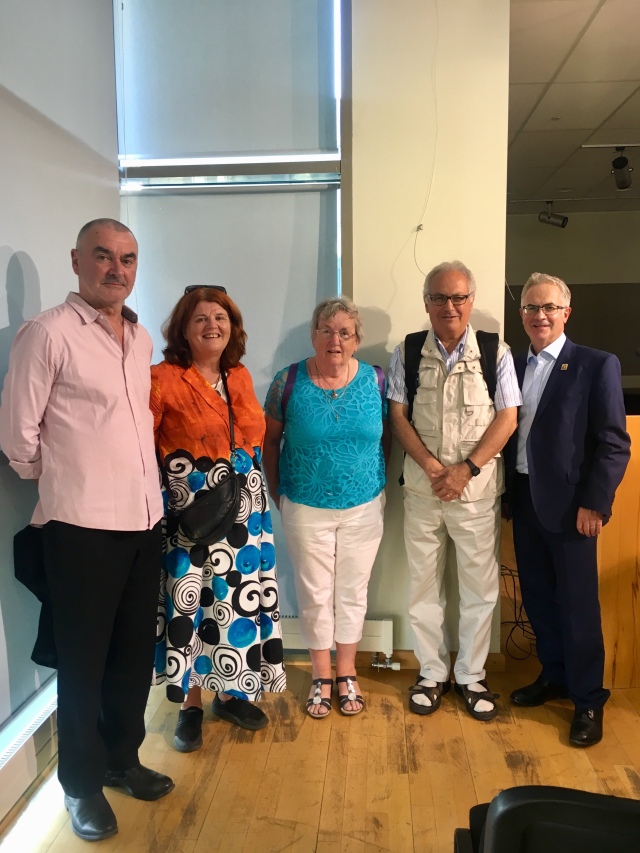 3 Responses to Northern Ireland and Armenia: bordering on —well, what?